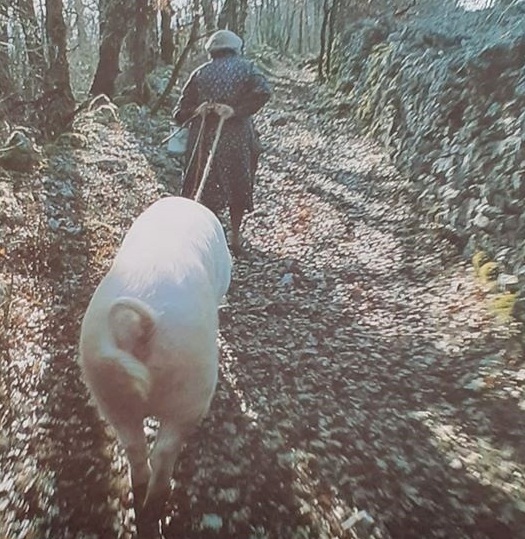 25 Nov Truffle season in the Perigord

Posted at 12:47h in Uncategorised by Sheila 0 Comments
0 Likes 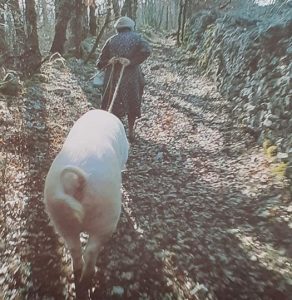 In 1991, our first year here, Mr Elli Sauliere, a wonderful neighbour who lived up on the hill directly opposite us, called in to show us a stunning, very large black truffle which he had found that same day on his land. Our French was extremely limited at the time, so  we conversed together with friendly smiles and gesticulations,  as I  look back it was a bit like playing charades really,  without ever really knowing if we got it right or wrong;  dangerous !!!!!   As I held this delicacy within my hands, looking at what seemed to me at the time, it’s wierd ugliness,  and trying to fathom out and understand just what was so special about this strange smelling delicacy of the Perigord, whose perfume sends French men a women alike, wild for them.  After a while of conversing in two different languages, Mr Sauliere made the gest he was going to leave.  We gave one another the traditiional french peck on the cheeks goodbye, (without colliding our noses), and I thanked him profousley for his friendly gesture of  kindly giving me this very prized, expensive delicacy “La Truffe Noir” which he had found. Well, surely that is what he had called in for, I couldn’t be wrong…….. ? could I ?!!!  He looked lovingly at the truffle in my hand one last time, before shaking hands with Stuart and driving away without his truffle. It was years later, when I was chatting, able to speak and understand French a little better, that someone told me that he had not actually called in to give me this wonderful specimen of the ground, it was  only to show it to me, a story which he had relayed to several of his friends over time, luckily with a jovial laugh & a memory he too found amusing, as he explained the conversation between himself and the English girl at Lacomte who had kept his treasure; Oh dear !!!!  Just goes to show how wrong you can be when playing charades when not knowing the language.  He was such a lovely Gentleman, and this memory always brings a smile to my face as I think of what he may have been thinking when he drove away without his splendid find of the day, his Black Diamond of the country soil !!! No truffle omelette for breakfast !  La Truffe Noir, , one of the most expensive gastronomic delights in the Perigord, & the World, is exciting Chefs as this year’s truffle hunting  season begins. It is time for me to enjoy country walks searching for evidence of these elusive and seductive”Black Diamonds” that hide-away unseen beneath our feet. As yet I have never found one here at Château de Lacomté, but then again I do not have a truffle searching piggy, nor a dog trained to find them. We have been told that we have them on the park somewhere, but sadly with each winter’s search, I have never ever found one. However, I guess there are those who know exacly where to find them, but the location, albeit on Lacomté, will remain their secret !!!!!   Photo: by A Baldy.  This gorgeous photo is over 30 years old, but so typical of this fantastc region of the Lot Valley, where it’s beauty & history meanders around you wherever you go.  After reading this, do not forget our special early booking discount offer.  Happy Monday !